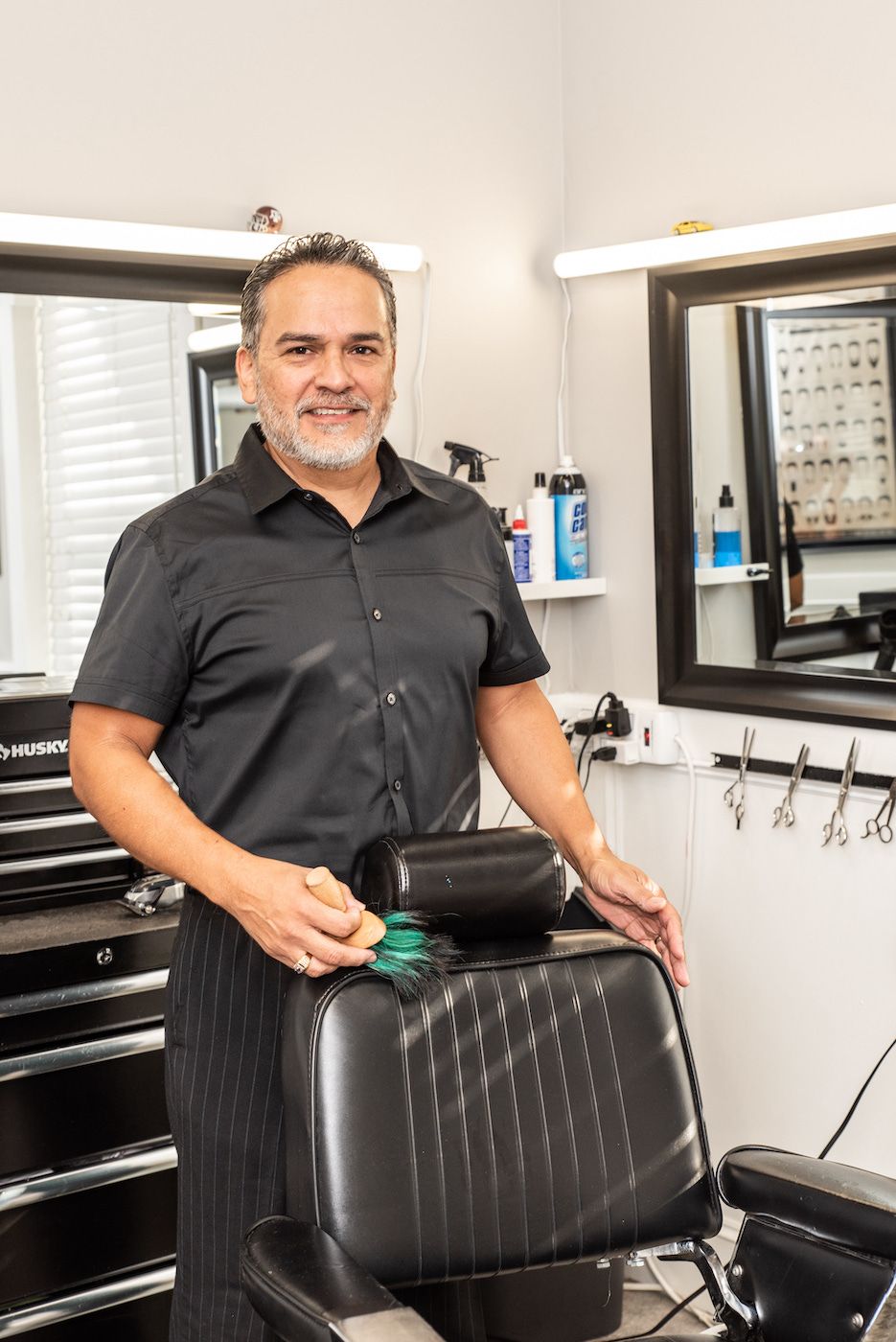 Austin native, Ronnie Ojeda, has been cutting men’s hair for over 35 years. He started his career with his father, Dan — THE legendary barber of Dan’s Hairstyling in Austin. Since then, Ronnie has set up shop at Salon One 12 in Buda.

When he’s not behind the chair, he’s spending time with his girls — all four of them! He’s also the Handyman around Salon One 12 and loves taking on DIY projects around his house. You can also find Ronnie hanging out with his dog, Mylo, a 10 year-old Rat Terrier. And, his favorite hobby can often be witnessed in the parking lot behind his headquarters — Ronnie meticulously cleaning his cars, especially his ’84 Mustang which he loves cruising around in while blasting hard rock music.